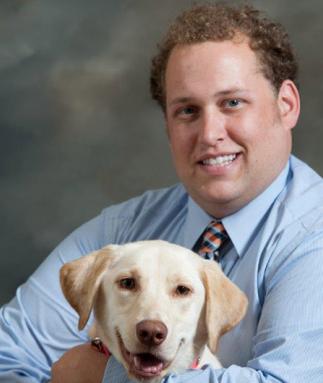 Dr. John Fifarek is a 2012 Graduate of Ross University School of Veterinary Medicine.

After completing his undergraduate degree, Dr. Fifarek decided to pursue his dream to obtain his veterinary medical degree and attended Ross University School of Veterinary Medicine.  He completed his clinical rotations at the University of Florida in Gainesville. During that time, Dr. Fifarek spent time working in the Sarasota area eventually leading to a job offer.  Having spent the previous 4 years attending veterinary school in such a warm climate, Dr. Fifarek decided he wanted to remain in Florida and joined the We Love Pets Veterinary group.

While practicing in Florida, Dr. Fifarek has taken a special interest in preventative medicine, pain management, and complex dermatological cases.

Dr. Fifarek spends his free time with his wife Katelin and two Labradors, Lili and Wini.  His family enjoys the outdoors, college football, and traveling.

Since 1984 we have had the honor of providing the highest level of veterinary care to the Sarasota, FL community. Sarasota Veterinary Center is committed to providing excellent care for you and your pet family for many years to come.